From 1-4 pm at the Central LA Library

The purpose of the conference is to create a space for people of color to showcase and share their work with a wider public, a possibility that is often undermined by mainstream, normative assumptions of what gets to count as “literature.” It also serves to promote and revitalize Indigenous languages, due to the fact that many are in danger of being extinct. By incorporating issues of language into non-traditional spaces, the conference is also pioneering new forms of identity formation for a new generation. For more information on the literature conference email Janetm@mycielo.org

Filemón Beltrán Morales is a Zapotec linguist, anthropologist and writer. He has played an important role in the linguistic revitalization of Zapotec of the Sierra Norte. He also uses music as a medium to share his language and he also holds workshops about the migration of Zoogochense and their celebrations.

Natalia Toledo Paz is a Mexican poet who writes in Spanish and Zapotec. Her work has revived interest in the Zapotec language. Ida Kozlowska-Day states that Toledo is “one of the most recognized contemporary poets in the native languages of Mexico.

She is an oral narrator and cultural promoter of the Ñuu Savi (Mixteca) language. Her poetry has been featured in the Ojarasca. She has participated in many festivals at an international level. In 2013 she published Ichi Inii/ Escencia del camino. She has received the grant for the National fund for Culture and Arts.

Is a linguist, writer, investigator and translator in the Ayuujk language. She currently is a member at the Mixe college a collective that investigates on language and mixe culture. She writes for the blog Ayuujk for the newspaper Este País.

Poet, narrator, essayist and professor in Maya language and Spanish. He studies Communication Sciences, Pedagogy, agronomy and sociology. From 2002 to 2005, he was president of The Directive Council of Writers in Indigenous languages A. C: national organization that gathers poets, narrators, playwrights and essayists from Mexico.

A special thank you to our supporters! 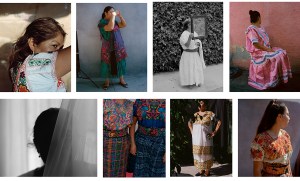